As part of the process to get Kent ready for this walk, he has Studied the Apostolic Fathers of the Faith of YAHUSHA Messiah; in depth over the past 7 years by the writings of the Early Assembly Fathers [all before 325 A.D.]; which the Apostle Paul tells to stand fast in [2Th 2:15];  to know and understand what YAHUSHA Messiah and His Apostles taught; in order to bring forth the Kingdom Age Message of YAHUSHA Messiah.​

-- Kent has traveled to Europe and into the country of Estonia (on the Border of Russia and the Baltic Sea) to preach the "Full Gospel" of the Kingdom of YAHUAH [Luke 4:43, Matt 6:33, Mark 4:11-12] to those who would have Eyes to See and Ears to Hear.

We do not want to put YAHUAH “in a box” and try to limit Him to what is written on this page. As the Divine Revelation of ADONAI YAHUAH continues to expand and grow; WHAT WE BELIEVE can also change to match those new understandings.

Our purpose is to teach the Revelation of the Mysteries of Messiah [Eph 3:4], and for all to obtain Eternal Salvation while birthing [Gal 4:19] and Regenerating [Tit 3:5] the Spirit of YAHUSHA Messiah into the true believers. 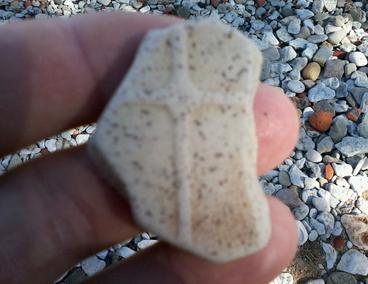 What is a Forerunner?.

YAHUSHA Messiah clearly commanded his Assembly to preach the gospel to all creation (Mark 16:15).  The message of the gospel is not simply ‘sinners acknowledging YAHUSHA Messiah died for them’ so they can go to heaven. It’s about the Revelation of YAHUSHA Messiah coming into the earth, and bringing the Kingdom of "YAHUAH" on earth.

We are also called to flow in the “forerunner” (Elijah {Mal 3:1 / 4:5 / Matt 17:10} and John the Baptist {Matt 17:10}) type of anointing that prepares a people for YAHUSHA Messiah's return.  As we preach the prophetic gospel, deliverance, favor, release from captivity, and prophetic revelation will flow out. We as Forerunners and Servants of YAHUAH are to go out and do the works of the Kingdom rather than just be hearers of the Word. Heal the sick, cleanse the lepers, raise the dead, and cast out devils (Mat 10:7-8).

Kent Sullivan is an Apostolic Teacher who was awoken from his “Spiritual Slumber” (Pro 6:9) with a visitation from the Creator of the Universe Himself “YAHUAH"; the YAH of Abraham, Isaac and Jacob, which was thee water shed event that changed his life forever “In a Moment of a Twinkling of an Eye” [1Co 15:52].
Kent was raised up in the ministry by the Leading and Guidance of the Ruach; Set Apart Spirit; who is the Spirit of YAHUAH, and was provided, given and shown favor amongst his peers in helping him get established. 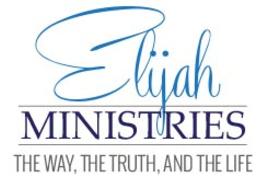 We as Forerunners and Servants of the Eternal Father YAHUAH; are to go out and do the works

of the Kingdom of YAHUAH rather than just be hearers of the Word [Jas 1:22]:​

Forerunners are marked by unction for a lifestyle or calling to a specific ministry of the following activities and works: